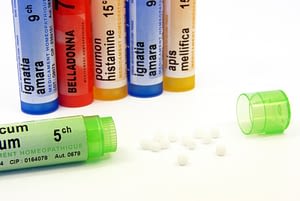 The fundamentals of Homeopathy as laid down by Hahnemann are as follows: